Carve it up at Newy's best skate parks

There’s never been a better time to discover Newcastle’s best skate parks. The school holidays are just around the corner, and we’ll be celebrating the premier of Tall Poppy at Event Cinema’s Kotara this weekend. Tall Poppy is a movie about Novocastrian turned pro skater Poppy Olsen.

Poppy became the number one female bowl skater in Australia at 14 and went on to take out bronze at the XGames at 17 – the ultimate competition in the world of skateboarding. The same year, skateboarding was announced as an official additional sport category at the Tokyo Olympics. Now faced with the opportunity to represent Australia on the world stage, Poppy grapples with the transition from skater to athlete as the pressure of competition mounts.

Tall Poppy: A Skater’s Story is a coming-of-age story told over 12 years, documenting Poppy’s journey as she navigates the uncomfortable idea of what it means to be a competitive athlete, the complexities of a relationship with a mum turned manager, and finding her place in a male-dominated industry.

The hype of the movie premiere combined with Poppy competing at the Tokyo Olympics next month, and the winter school holidays kicking off next week, means there really is no better time to talk skate parks! The beauty of a skate park is that it’s free to shred and all ages are welcome. Whether you’re a kid, teen or adult, Newcastle has an amazing variety of skate parks for groms of all ages. We’ve rounded up five of the best skate parks in Newcastle where you can carve it up.

Sitting directly opposite Bar Beach on Memorial Drive, Empire Skate Park is the pick of the bunch with the best bowl and views to match. The skate park features a bowl varying in depth from 7-11ft, and a plaza-style street section, making it one of the best skate facilities in the country. There are also tennis courts nearby and seating and shade areas suitable for the whole family. 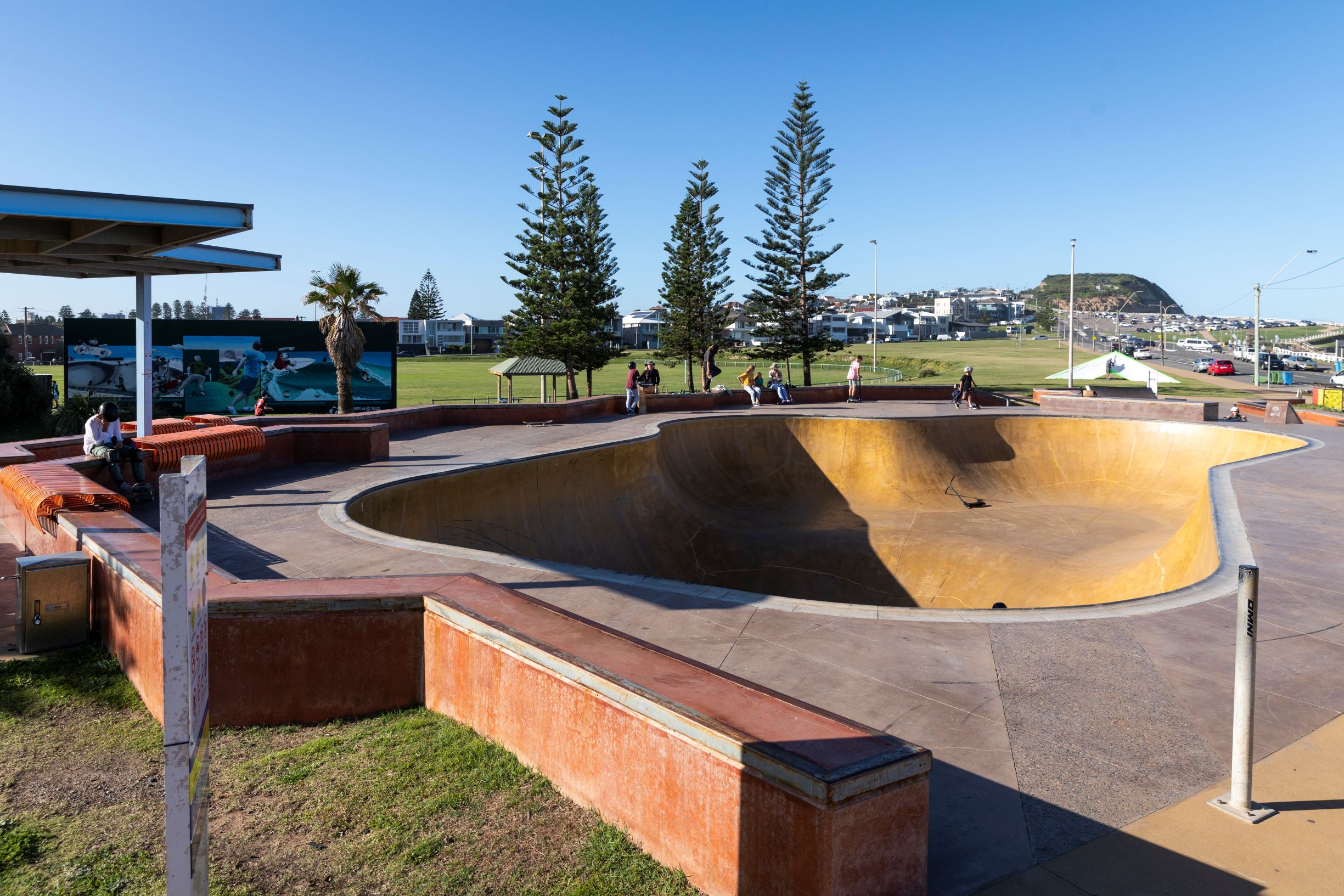 Located in Griffith Park, Stockton Skate Park is the first street style skate plaza in the Hunter region. Taking inspiration from the docks, the skate plaza incorporates long lines, steel sculptural features and the remnants of gantry infrastructure to create a unique skate experience. Make a day of it by catching the ferry across to Stockton and enjoying all the other treasures this eclectic suburb has to offer.

New Lambton Skate Park is a pre-mould styled park located on the corner of Wallarah and Womboin Streets. With a 7 foot ¼ pipe to bank transitions on opposite sides of the park, and a 4 foot spine ramp with an adjoining volcano styled fun box and slider bar, New Lambton provides more than the average pre-mould park, right in the heart of Newcastle. 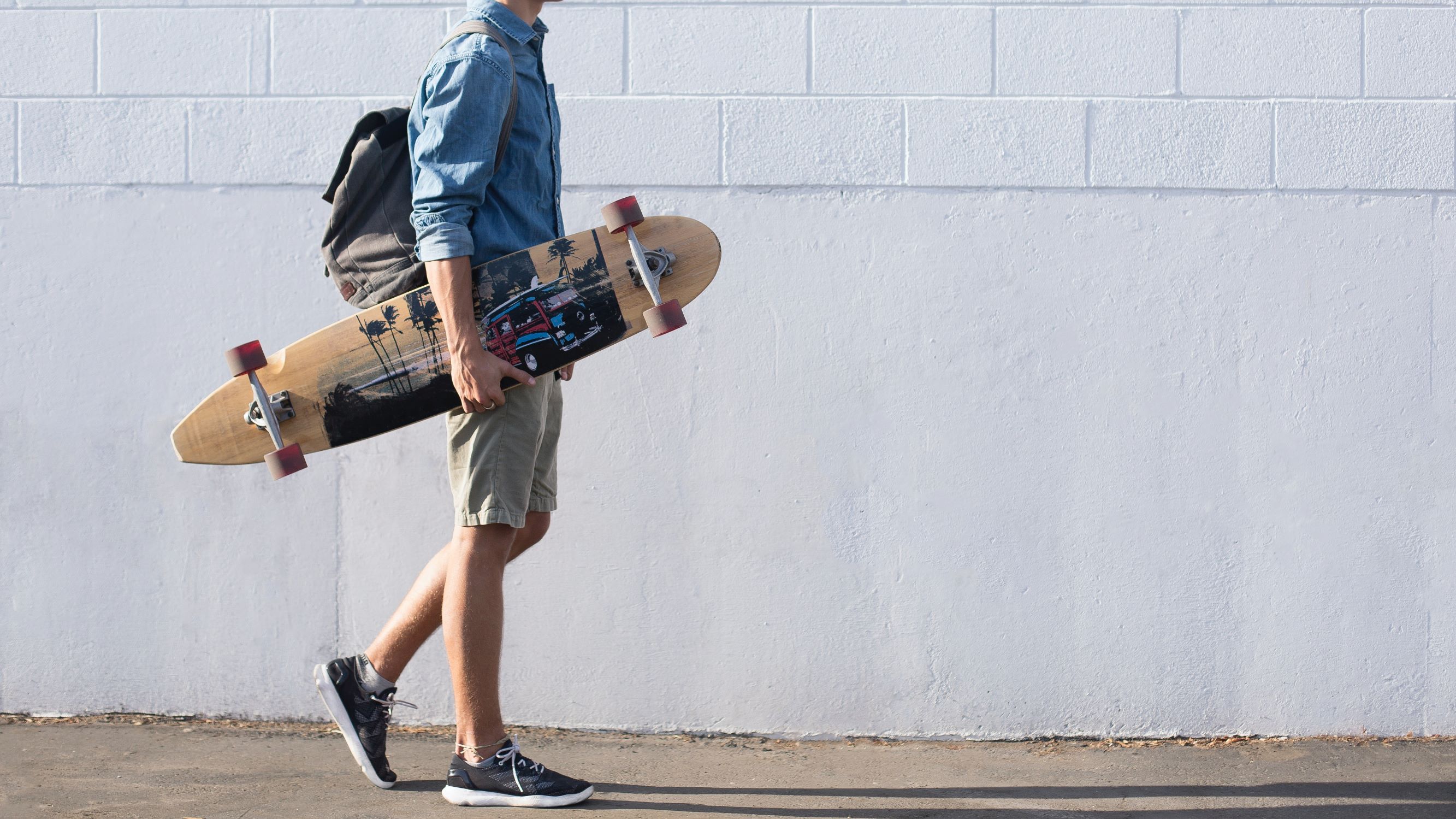 Mayfield Skate Park is in Dangar Park and has a variety of concrete blocks, ¼ pipes, hips and banks. Designed by skateboarders, this skate park is a popular destination with food and a skate shop located close by. While you’re there check out the new Dangar Park playground which has been expanded to include a new climbing frame and rocker, and a new larger swing set, catering to a broader age range of children.

Wallsend Skate Park in Brooks Street was originally designed with bike users in mind but now has a skate interchange consisting of large steel sculptures which provide new technical challenges for users of the facility while adding contrast and value to the overall skate park. The facility has experienced a high level of use and attracts large numbers on weekends and during school holidays, and has also been used for local bike competitions. 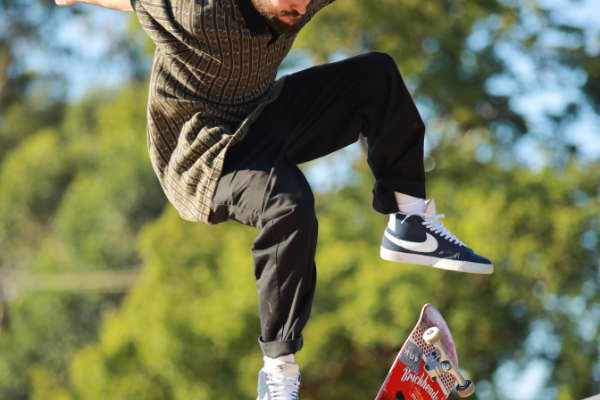 By day or by night, here are a few ways to enjoy the Civic precinct
Tours & experiences

Be a tourist in your own city

Be a tourist in your own city and explore Newcastle by foot, water or even your stomach!