There is nothing like a live music concert and this year, there are some fabulous concerts coming to Newcastle that will get you up and dancing. With many scheduled tours celebrating anniversaries including; The Whitlams, George, Goanna, George Thorogood & The Destroyers and Belinda Carlisle, it's a great opportunity to turn back time and listen to music from a different time and generation. Book tickets for yourself or introduce a new generation of fans to these talented musicians.

Two of Australia’s most respected singers, musicians and songwriters - Ian Moss and Troy Cassar-Daley - are taking their guitars and songs on the road across 31 dates on the National ‘Together Alone Tour’ and are hitting Newcastle on Thurs 11 August 2022.

The Whitlams classic “Eternal Nightcap” turns 25 this September, and the band will mark the anniversary by playing the album in its entirety, followed by a Greatest Hits set, in a series of one-off concerts around the country playing at Civic Theatre on 8 September. Supported by another 90's band Custard, this concert will take you back in time to some of the greatest hits by The Whitlams including; No Aphrodisiac, You sound like Louis Burnett and more..

It's time to break free and rock with Australia's most popular Queen Show- Queen Forever!
Queen Forever present a highly entertaining evening paying tribute to one of the top rock bands of all time – Queen and its legendary frontman, Freddie Mercury. Queen Forever look and sound like Queen and will take you back to the glory days of the 1970s and 80s when Queen rocked the world with their classic rock anthems.

Elton Out of The Closet®

Before Elton John arrives in Newcastle for the Farewell Yellow Brick Road tour in Jan 2023, catch the world's most exciting and authentic portrayal of mid-70s Elton in Elton Out of The Closet® at Civic Theatre on September 11, 2022. Starring the incomparable and world-renowned Jason Paris, Elton Out of The Closet® has been commended by Queen's Brian May and Elton's David Hentschel.
Elton Out of The Closet® is a two-hour, Vegas-style entertainment spectacular that brings the voice, the character, flamboyant costumes, back-stories, iconic instruments, and young Elton himself out of the closet... 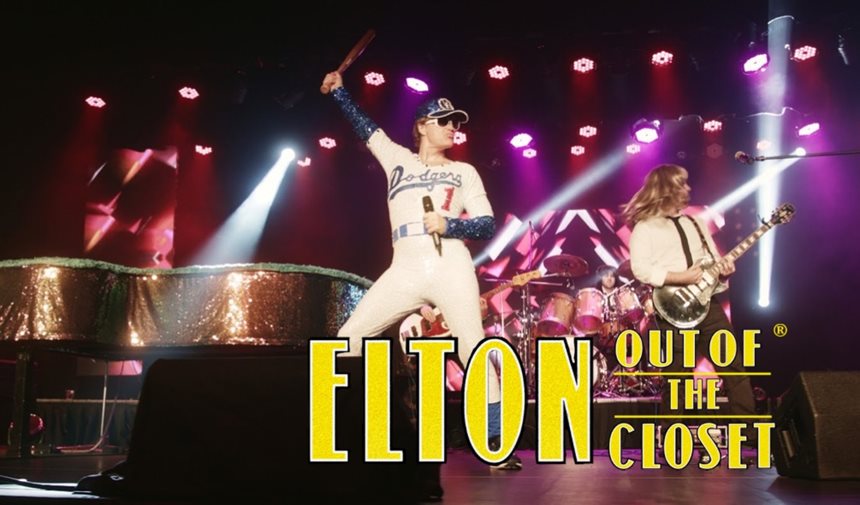 Brisbane's powerhouse musical siblings, revered singer songwriters Katie and Tyrone Noonan, join forces this September and October to perform the legendary George album Polyserena live, in celebration of its 20th Anniversary. The tour will commence in Newcastle at Civic Theatre on September 16 and will showcase the extraordinary talents of Katie and Tyrone Noonan and band - Brandon Mamata on guitar, Steele Chabau on bass, with Katie's son Dexter Hurren on drums.

Forty years on, and with their messages of positive engagement in Indigenous rights and environmental protection more relevant than ever, Australian icons Goanna return to celebrate their multi-platinum, game-changing debut album ‘Spirit of Place’. In 2022, Shane Howard, Rose Bygrave, Marcia Howard and Graham Davidge, together with special guests, embark on a new journey, paying homage to their classic songs and reigniting the Goanna spirit once more.

Gotta Have Faith - The Music of GEORGE MICHAEL Orchestrated

Gotta Have Faith is an Orchestral Tribute to Pop Icon George Michael. Special guest vocalists Andrew De Silva (CDB), Brydon Stace, Glenn Cunningham and Juanita Tippins will be accompanied by a 28-piece orchestra and conducted by George Ellis to perform the very best of George Michael and Wham!

George Thorogood & The Destroyers Good To Be Bad Tour: 45 Years Of Rock

Celebrating 40 years of ‘Bad To The Bone’ this September, iconic rock legends GEORGE THOROGOOD & THE DESTROYERS have announced their return to Australian shores. Since 1976, they’ve sold over 15 million albums, built a catalogue of classic hits, played more than 8,000 ferocious live shows, and become mainstays of radio, TV, and stages worldwide for more than two generations. This November don't miss a gut-bustin’, guitar-wailin’, face-meltin’, fiery-tempoed, take-no-prisoners, good old-fashioned lunch-bucket rock & roll show that includes their signature hits ‘Get A Haircut’, ‘I Drink Alone’, ‘One Bourbon, One Scotch, One Beer’, ‘Move It On Over’, ‘Who Do You Love’ and the definitive badass anthem ‘Bad To The Bone’, along with several surprises.

Come Together - The Music of The Beatles Orchestrated

Come Together is an Orchestral Tribute to The Beatles!
Over 2 hours of The Beatles classics performed by a 28-piece Symphony Orchestra and conducted by George Ellis! Hear the Best of The Beatles - Come Together, Hey Jude, Yesterday, Let it Be, All You Need is Love, Day Tripper, Revolution, Lucy in the Sky with Diamonds, Long and Winding Road, Blackbird, Eleanor Rigby, Here Comes the Sun + so many more!

TEG Van Egmond is thrilled to announce that one of Australia’s most accomplished singer/songwriters, the multiple-award-winning, multiple-Platinum-certified global superstar Dean Lewis will be playing at Civic Theatre on Saturday 12 November 2022. His ‘Sad Boi Winter Summer’ tour has been electrifying audiences throughout North America and Europe in recent months and now it’s finally our turn to experience Dean’s signature sound in the flesh.

Nick Cave and Warren Ellis have announced the full run of Australian Carnage tour dates with shows in Perth, Adelaide, Sydney, Brisbane, Gold Coast, Newcastle, Canberra, Tamworth and a Melbourne city show in St Kilda.
While Ellis is a long-term member of The Bad Seeds, and he and Cave have composed and recorded scores and worked on many other projects together, this is the first time they have paired up to tour Australia.
The Australian Carnage tour follows the release of Cave and Ellis’ widely acclaimed CARNAGE album and will head to Civic Theatre on 14 December.

Belinda Carlisle returns to Australia with her ‘Decades’ tour, which celebrates 35 years of her solo career. Her incredible career started in 1978 with the Go-Go’s where she achieved instant stardom with hits including ‘We Got The Beat’ and ‘Our Lips Are Sealed’. After the band's break up Belinda Carlisle embarked on her hugely successful solo career and released successful albums in 1986 and 1989. Her Australian Tour ‘Decades’ will feature all her hits in a catalogue of music that influenced a generation.